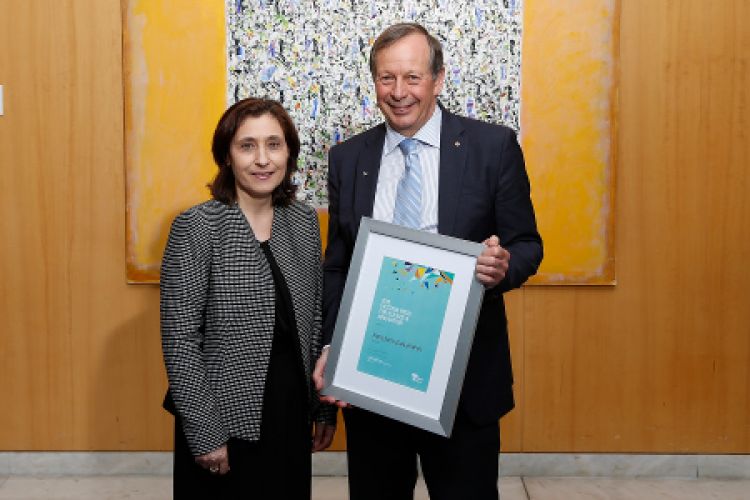 The award recognises the important role innovation plays in Victoria's economic future and the need for people to be skilled in science, technology, engineering and mathematics.

"These are Victoria's most prestigious awards for scientific discoveries and technological innovations that advance knowledge, produce commercial outcomes and benefit our community," said Victorian Minister for Industry, Lily D'Ambrosia, as she presented the award to Professor Hopper (picture above).

"Professor Hopper has made seminal contributions to understanding the roles of genetic and environmental factors on Australia's major cancers and other diseases with significant clinical and population health significance," Minister D'Ambrosia said.

In accepting the award, Professor Hopper joins a select group of 23 other leading Victorian scientists who have received the Victoria Prize since 1998.

In receiving the award, Professor Hopper stressed that "this is recognition of the many researchers, twins, and families who have contributed to research over more than 30 years of the ATR's history."

"None of these achievements would have been possible without the generous donation of information and bio specimens from more than 100,000 Australians with the undertaking these would be used for research of global significance.."