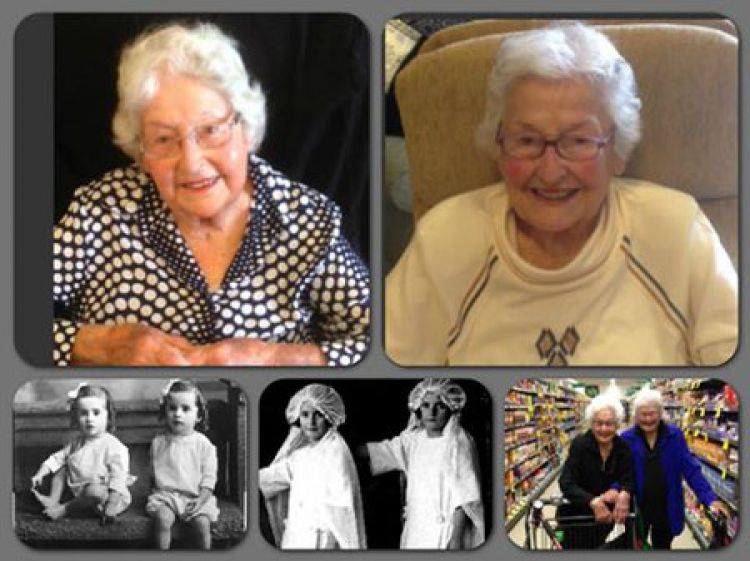 Fun, friendship and family are the keys to a long life, according to ATR members and identical twins, Mollie Woods and Trudy Hammond. And these twins should know as they’ve just celebrated their 100th birthdays.

When they were born in 1916 in Taree NSW, the First World War was in full swing, the Eiffel Tower was the world’s tallest building, and freezers hadn’t been invented yet.

Although the twins have witnessed dramatic changes over the past century, one thing has remained constant – their twin bond.

The twins were close as they grew up on NSW’s north coast, sharing the same interests and friends. Both were talented artists with love for painting in watercolours and portraits – a passion they have enjoyed their whole lives.

Their paths diverged for the first time during WWII. Mollie joined the army as a searchlight operator while Trudy worked as an illustrator on a women’s magazine, Home Budget.

According to family, the twins developed other differences over the years. Trudy is more adventurous and likes trying new things, most recently discovering Skype. Mollie, who was born half an hour earlier, was injured in a car accident when she was 52, and experienced different health problems from her twin.

But their similarities far outweigh their differences. They speak in a similar fashion, always lived close by each other, and share a wicked sense of humour. Their love of family and many friends has been a constant thread in their lives. Together they have 14 children, grandchildren and great-grandchildren, with another on the way.

Mollie now lives in an aged care facility while Trudy lives at home. They like nothing better than getting together to share news of their families, a laugh, and a bottle of red wine. They are both still able to get around with their walkers, but use wheelchairs when they head out together for a favourite pastime –clothes shopping.

They have lost their beloved husbands but believe they have experienced incredibly lucky lives – particularly as they still have each other.

Congratulations and best wishes to Mollie and Trudy from all at the ATR.