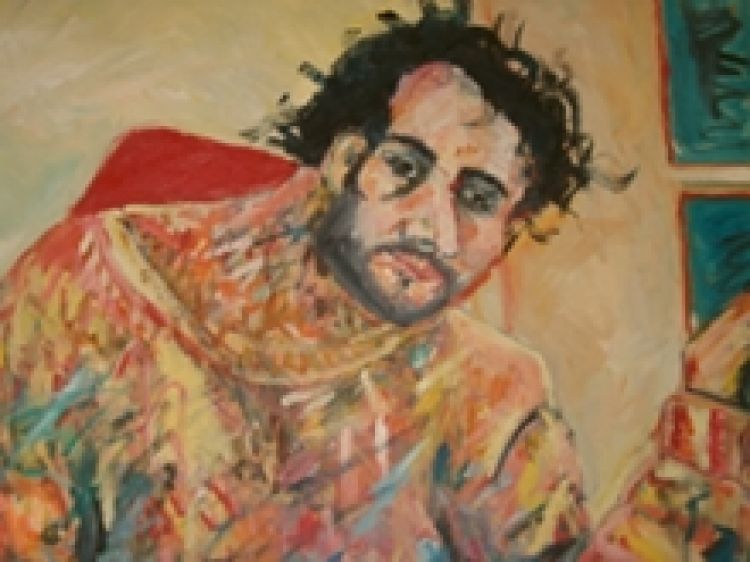 While their lives may have taken different paths, identical twin brothers, Jamie and Andrew Daddo, remain close. Jamie is an artist and poet while his brother Andrew is a TV presenter. Jamie has just launched a wonderful new series of paintings that reflect his love of nature.

Andrew is now Sydney-based while Jamie lives in Melbourne where for over 25 years he has joined in group and solo art exhibitions. When he painted his twin brother, Andrew, for the Moran Portrait Prize it was movingly captured in a documentary for ABC TV's Artscape program.

The importance of their twin relationship shone through and, as Jamie explains, "we have an emotive sense of each other."

"The best thing about being a twin is not having to talk about things that we otherwise might talk about – we just know!" Jamie says.

"Our relationship is changing all the time but we’re still very close. We're still best friends."

Jamie's latest venture is a solo art exhibition, Jamie Daddo – Man of flowers. Jamie says the exhibition reflects his love of "the peace, beauty, and simplicity found in nature." He says his art is "an attempt to see the subtleties that exist before our eyes but which are often taken for granted."

"My work gives me the opportunity to explore the world around and outside of myself," he says. "I'm essentially an outward-looking person who not only sees the physical, but also what lies underneath."

He hopes other twins can enjoy the experience of his art. The exhibition is open daily to the public, runs from 7-27 April at Gasworks Arts Park in Melbourne's inner suburb of Albert Park. His artworks are available for sale.

Photo: Jamie Daddo with one of his paintings, a self-portrait.