New discoveries into the origins of identical twins 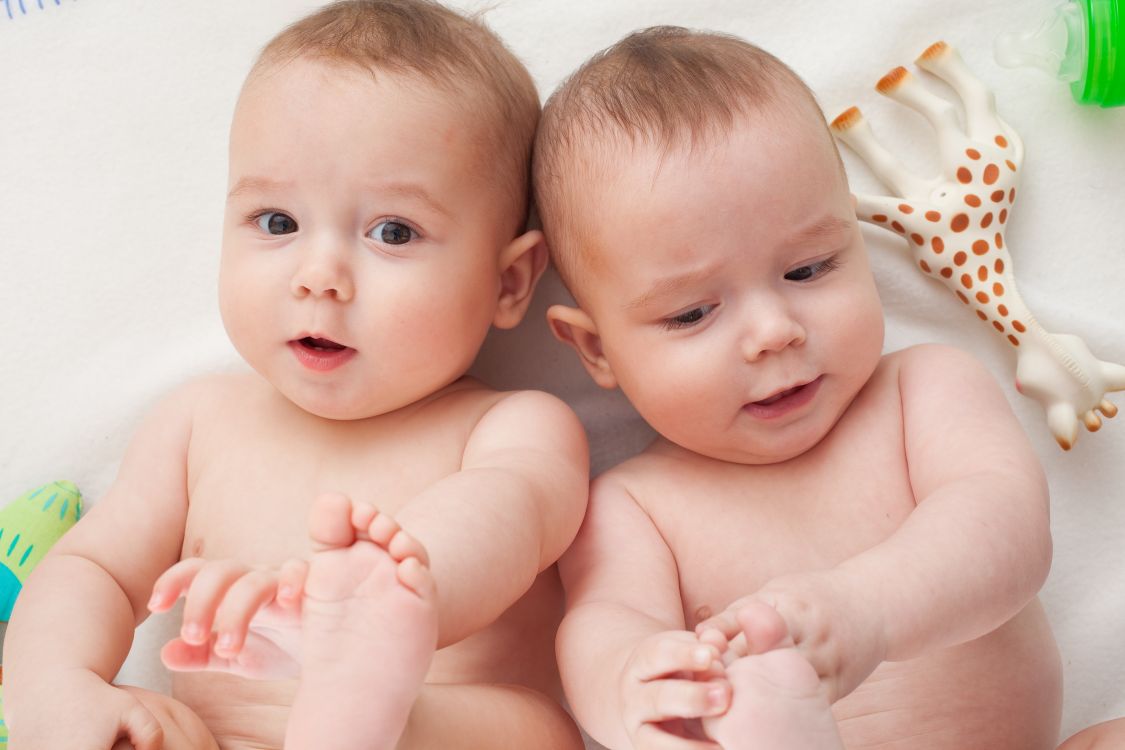 An international group of researchers has made ground-breaking discoveries into the origins of identical twins.

“Identical twins are considered a ‘miracle’ of nature and we’ve not fully understood the biological processes that lead to their formation,” Deputy Director of Twins Research Australia, Professor Jeff Craig said.

Identical twins originate from one egg cell that splits in two at a very early stage of development, whereas non-identical twins are formed when two fertilised eggs implant in the womb at the same time.

“This new research provides insights into how the ‘splitting’ event occurs in identical twinning, and the genes associated with it,” Professor Craig explained.

“It shows identical twins have a unique ‘epigenetic’ profile. Epigenetics are the dimmer switches that turn our genes up and down as we develop in the womb and beyond. The research showed, for the first time, how identical twins differ in the levels at which their epigenetic switches are set, compared to fraternal twins and singletons, at hundreds of locations along their DNA,” he said.

The researchers found the specific epigenetic profile of identical twins is associated with how well cells recognise each other and stick together. This indicates that these changes could be the cause or consequences of a splitting event.

Now the researchers have a clue about ‘how’ the cells diverge, next they want to understand ‘why’. What are the factors that cause these changes in the genes?

According to Professor Craig, the discovery of a specific epigenetic profile for identical twins may also help to understand why some types of birth abnormalities, such as cerebral palsy, are more common in this cohort compared to non-identical twins and singletons.

“The research also provides more understanding of the phenomena of ‘vanishing’ twin syndrome,” he said. “During development, one twin sometimes ‘vanishes’ very early in pregnancy, leaving only one baby to be born. This new study hints that your DNA may reveal whether you started out as an identical twin in the womb, even if your twin disappeared long before your birth."

Below, Professor Craig explains more about the significance of these new discoveries:

The full paper, Identical Twins Carry a Persistent Epigenetic Signature of Early Genome Programming, appeared in Nature Communications and can be found here

Q: Why was the study done?
A: To find out clues about why, how, and when, a single fertilised egg can split into identical twins within a few days.

Q: How was the study done?
A: The authors were looking for a record of twin splitting events that are ‘remembered’ by cells present in twins well after they are born. They knew that good candidates are the molecules that stick to our DNA that we call ‘epigenetics’. Epigenetics are the molecular dimmer switches that turn our genes up and down as we develop in the womb and beyond. And we know that the experiences of a developing baby during pregnancy can sometimes change their epigenetic switches. The authors collected blood from thousands of twins and their parents across multiple twin studies. They then compared the epigenetic switches in the DNA of the blood cells of identical twins with those from fraternal twins and singletons.

Q: What did the study find?
A: The study found that identical twins differed in the levels at which their epigenetic switches were set, at hundreds of locations along their DNA. Many of these differences were located in genes that help different kinds of cells recognise each other and stick together only with those cells that are similar. The authors also found that they could use their data to blindly identify whether a DNA sample comes from an identical twin, albeit with limited accuracy. The authors also say their test could one day identify singletons who started off as identical twins but lost their co-twin very early in pregnancy.

Q: Did the study show what causes twinning?
A: No, the authors admit that they don’t know whether their findings reflect the cause or the consequences of twinning.

Q: If the differences they observed were the cause of twinning, what would this tell us?

A: This would tell us that a combination of unknown factors, probably a combination of genetics, environment and pure chance, may be causing cells of the very early embryo to lose their ability to stick together, causing a splitting event.

Q: What are the implications of these findings for singletons who started life as a twin?
A: The study mentions that it’s suspected that in almost nine out of ten identical twin pregnancies, one twin ‘vanishes’ very early on. And that this increases the chance of birth abnormalities such as cerebral palsy in the surviving twin. Further, it’s been suggested that many birth abnormalities can be much more frequent in twins than current knowledge suggests. This study may help resolve this issue.

Q: What does the study mean for identical twins?
A: The study confirms what many identical twins already know – that they are different from same-sex fraternal twins.

Q: What does the study mean for parents of twins?
A: It means that we know a little more about the events that took place inside you and produced the miracles that are your twins.

Q: What does the study mean for singletons and their parents?
A: Some singletons could have started life as an identical twin and lost their co-twin very early on. If there was a test to identify identical twins, singletons could take it. However, they and their parents would need to think about the potential trauma that the knowledge of a loss during early pregnancy could provoke before they chose whether to take such a test.

Q: Has the study produced a new test that identified identical twins and if so, will this replace zygosity tests?
A: No, the ‘test’ they develop is far from accurate so at the moment it’s not ready for the market. In all probability, zygosity tests will always be cheaper.

Q: What next for research into identical twinning?
A: Although the health benefits of getting to the bottom of why, when and how twins split are not obvious, researchers love a good detective story and will continue to dig deeper. However, what happens quite often is that fundamental research such as this can lead to surprising applications for human health and wellbeing.

(Thanks for the assistance in compiling this story of Monica Rankin, Carolyn Lister and Isy Oderberg)