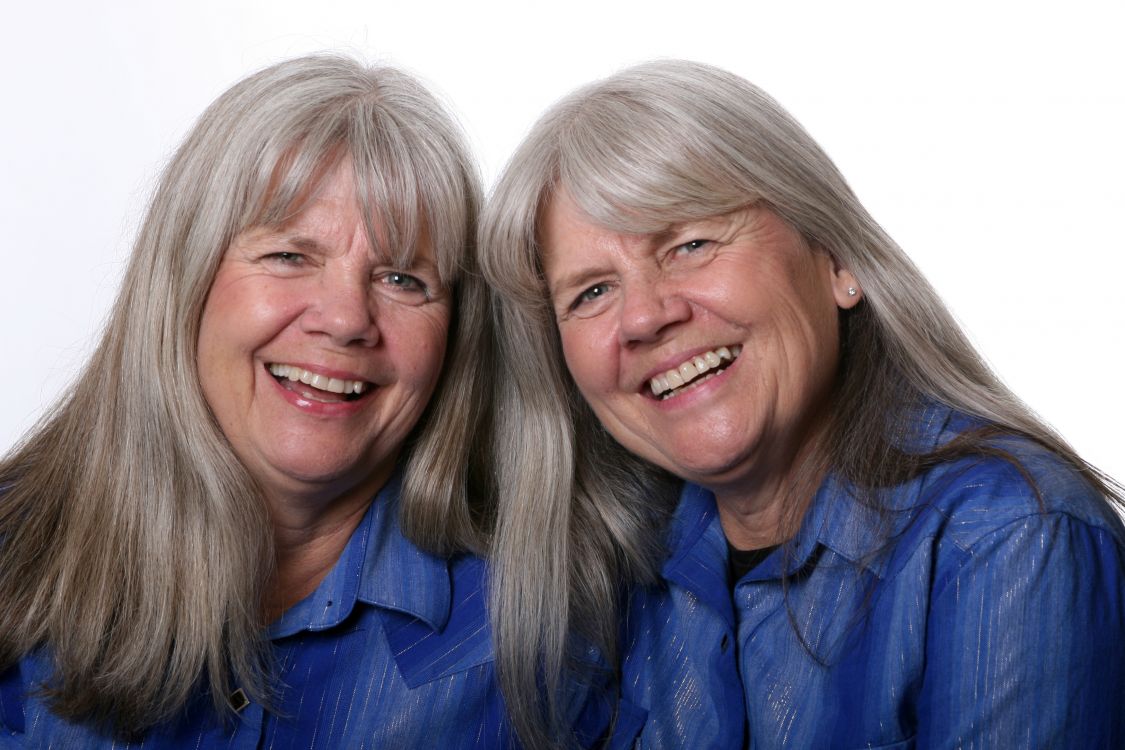 Identical twins form from the same egg and get the same genetic material from their parents — but that doesn't mean they're genetically identical by the time they're born.

That's because so-called identical twins pick up genetic mutations in the womb, as their cells weave new strands of DNA and then split into more and more cells. On average, pairs of twins have genomes that differ by an average of 5.2 mutations that occur early in development, according to a new study.

"One particularly surprising observation is that in many twin pairs, some mutations are carried by nearly all cells in one twin but completely absent in the other," explained Ziyue Gao, an assistant professor of genetics at the University of Pennsylvania, who was not involved in the research.

The study authors estimate that, in about 15% of identical twin pairs, one twin carries a "substantial" number of mutations that the other does not share.

"That can be up to about 10 to 15 mutations," said senior author Kari Stefansson, CEO of deCODE Genetics, a subsidiary of the biopharmaceutical company Amgen that studies the human genome. The study did not specify where in the genome these mutations occur, or if they mostly crop up in genes that code for specific kinds of proteins; this could be an area of future research, Stefansson said.

Twinning occurs when a single fertilized egg, called a zygote, splits and gives rise to two separate embryos; this typically occurs between one and seven days after fertilization, Stefansson said, although in rarer cases, twinning can occur between day 8 and 13. The later the split occurs, the more cells will have accumulated when the twins separate.

So when one twin has many mutations that the other doesn't, it's possible that the siblings may have split from each other extremely early in development, soon after their shared egg first divided into two separate cells, Gao said.

Alternatively, the egg may have split after a dozen or so cells accumulated, but that cluster of cells didn't divide evenly between them. Instead, one twin (i.e. one half of the zygote) may have snagged a clump of cells that mostly stemmed from one parent cell and therefore carried common mutations, while the other twin got a clump of cells lacking those mutations, she said.

"Some of them are probably inconsequential … and some of them may lead to diseases," Stefansson said. In twin studies, which scientists use to explore whether genetics or the environmental factors hold more influence over a given trait, "we will have to account for the influence of these mutations," he said.

The new study, published in the journal Nature Genetics, offered this unique snapshot into early development because the authors did some clever detective work using DNA from three generations of people.

These individuals included 387 pairs of identical twins and two sets of triplets, as well as their parents, spouses and children (the triplets were also monozygotic, meaning they split from the same egg.) By sequencing whole genomes from all these family members, the team could track which mutations appeared in which twins, and which of those mutations were then passed down to the twins' offspring.

If a mutation gets passed down through multiple generations, that indicates that it's a germline mutation - one that appears in the eggs, sperm and their precursors. If that same mutation also appears in the somatic (non-reproductive) cells of the parent, that mutation likely appeared during their early development, the authors note.

That's because in the first few weeks after fertilization, no cells have been slated to become germ cells yet, so all cells can inherit the same mutations. After cells differentiate into germ and somatic cells, new mutations that appear in the somatic cells won't get passed to the person's children, while new mutations in the germ cells would, according to the National Cancer Institute.

So "if such a mutation is found in both a twin’s blood and transmitted to their offspring, this mutation occurred during their early development," when all cells were closely related, Gao said.

In addition to tracking mutations between generations, the authors looked for mutations that were shared within a set of twins but not present uniformly in all their cells. This phenomenon, known as mosaicism, indicates that the mutation occurred after fertilization of the egg but before the egg split apart, since both siblings carry the quirk, Gao said.

Using both these methods, the team was able to pinpoint which mutations cropped up in this narrow window of early development, and how often one twin had a mutation that the other didn't. In short, one can't assume that identical twins share identical DNA, they found.

One limitation of the study is that the authors collected DNA from cheek swabs and blood samples, but they gathered no DNA from, say, sperm or eggs, Gao said. If more tissues are sequenced, the authors will likely identify more embryonic mutations and be better able to pinpoint those mutations to a certain developmental stage based on their frequencies in different tissues, she noted.

Additionally, the authors noted that they didn't know which twins shared an amniotic sac, placenta or chorion - the membrane that gives rise to the fetal part of the placenta. With that information, they could determine whether sharing these structures is at all related to the number or timing of genetic mutations in early development.

For now, the takeaway from the current study is that scientists should not assume that identical twins share 100% identical DNA; such assumptions could lead them to overestimate the influence of the environment, when in reality, a genetic mutation may be the source of a given disease or trait, Stefansson said.

However, "such genomic differences between identical twins are still very rare, on the order of a few differences in 6 billion base pairs," with base pairs being the building blocks of DNA, Gao said. It's unclear how many of these small mutations would result in a functional change that alters how the cell works, and in general, "I doubt these differences will have appreciable contribution to phenotypic [or observable] differences in twin studies," she added.

This article is republished from Live Science.