Junior members (below 18 years old) represent approximately (25%) of Twins Research Australia, the remaining (75%) being senior members (18 years and over). The majority of new members (86%) are aged 0–9 years, a feature that has remained relatively consistent over the last 20 years.

The distribution of active pairs of twins, across TRA, is shown relative to the age groups of members in the graph below. The addition of WATR members to the Registry is responsible for the 20-29 year group spike.

Management of membership is a core component of TRA's function. Maintaining active members requires constant work to ensure the Registry remains a viable and valuable resource for twins and researchers. The current status of members of TRA is summarised in the table below.
The top row of Table 2 details display T1 (twin one) status, and the left column details T2 (twin two) status.

The current numbers of active twin pairs by sex and zygosity are shown in Figure 3.

The distribution of active twin pairs by location is shown in Figure 5, together with the overall distribution of Australian population by State and Territory (as reported by the Australian Bureau of Statistics in 2015) in Figure 4. Comparison of the two graphs shows that most populated states are also the states where most active TRA members reside. 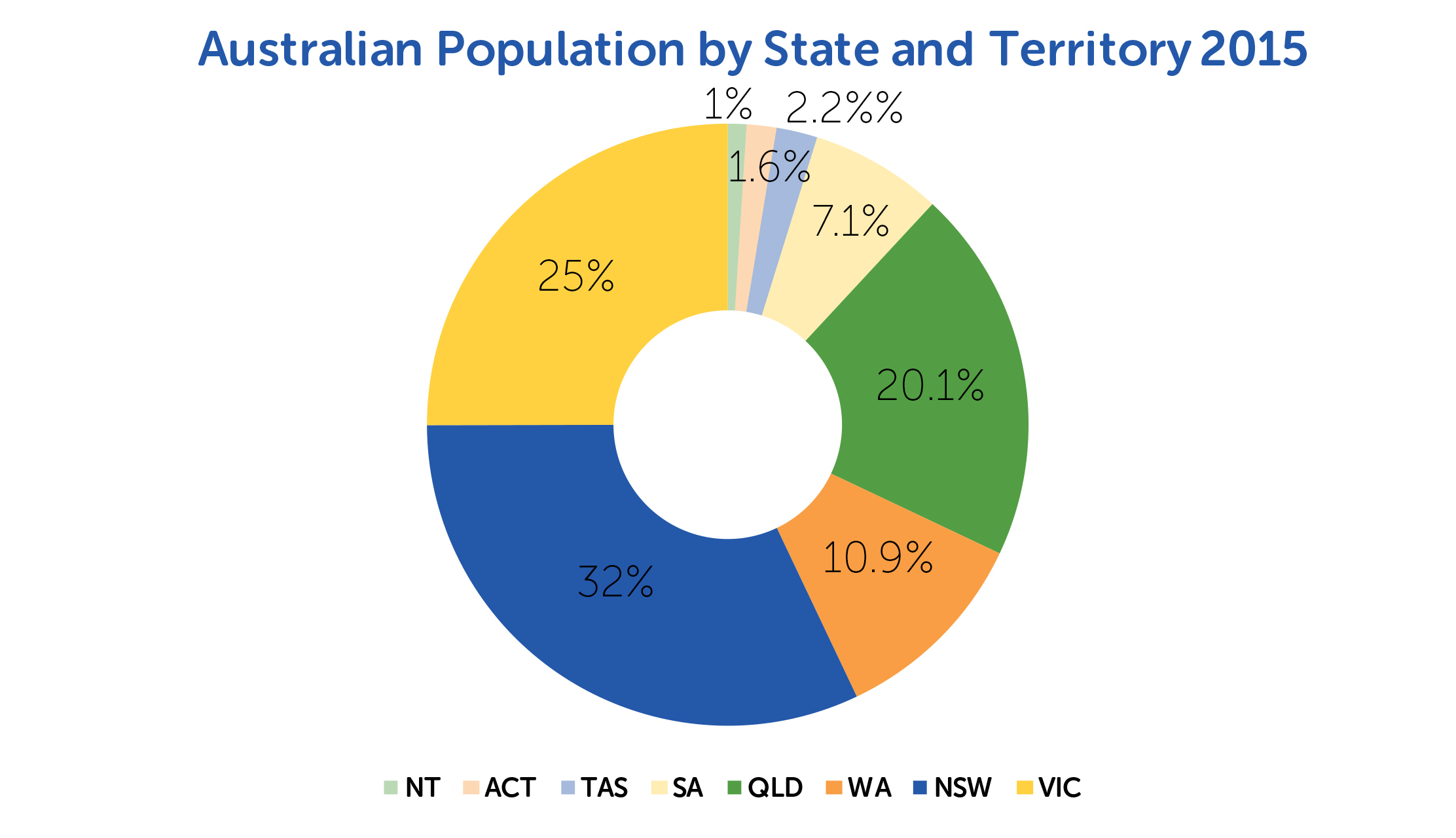 Figure 4. Distribution of Australian Population by State in 2015 (as reported by the Australian Bureau of Statistics) 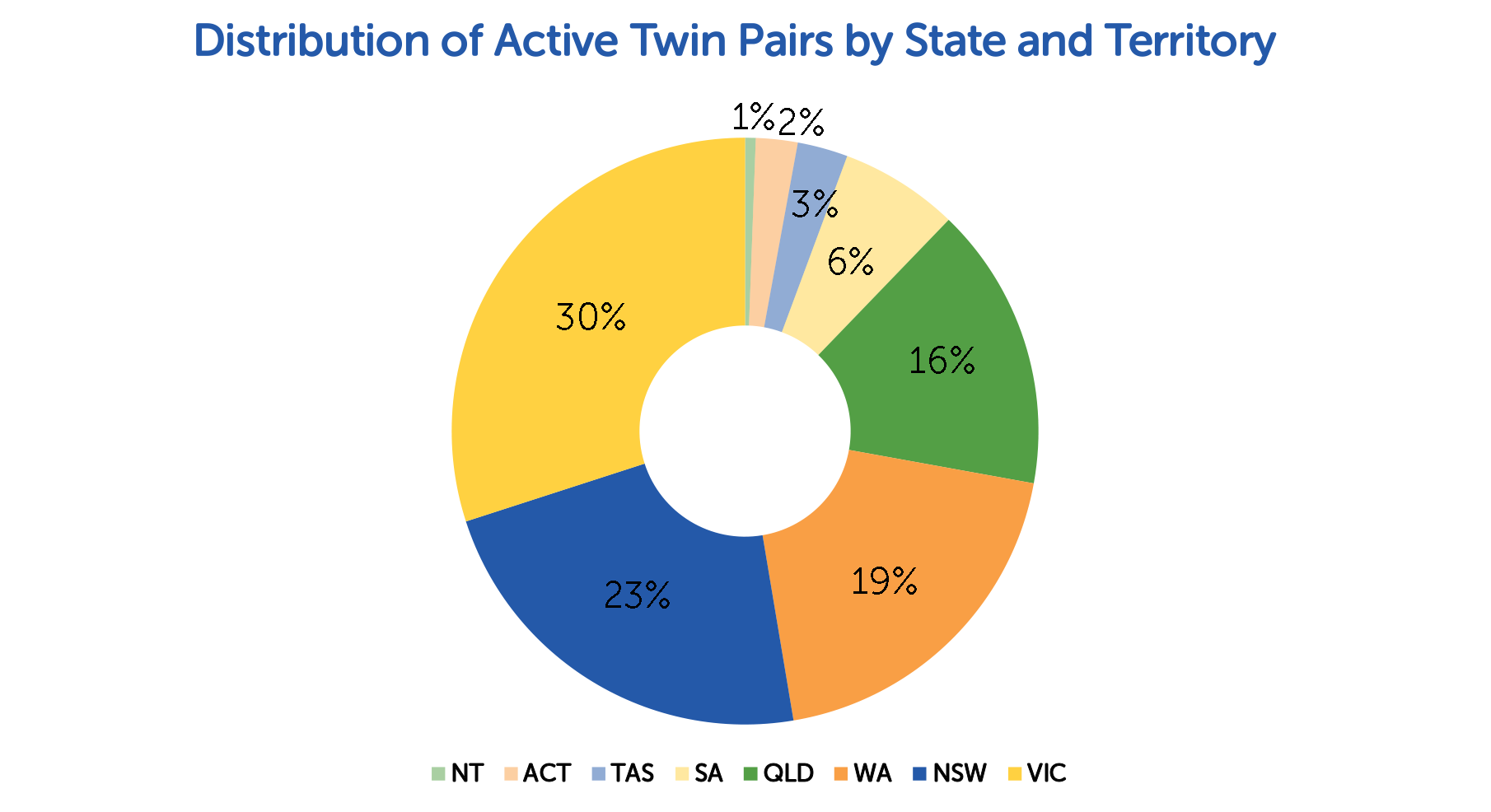 Note: because some twins live in separate states or one twin member in a pair lives overseas, this excludes twins overseas, or with no address available.