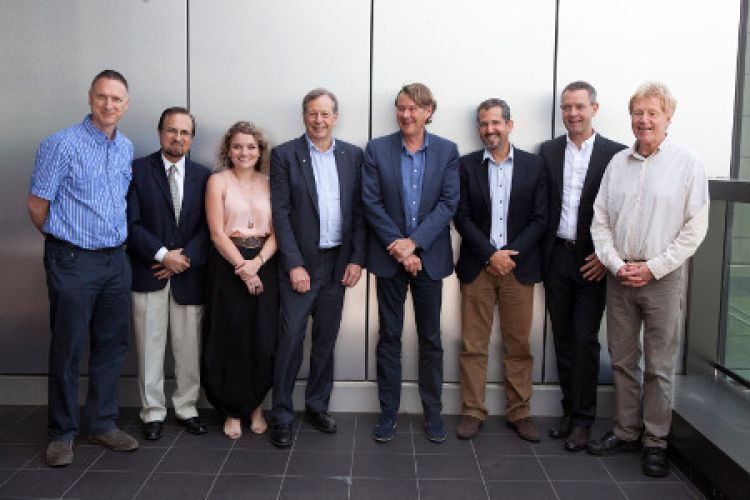 Back pain is a condition usually associated with growing older but new research has found it starts much earlier in life and, without prevention and early effective treatment, can develop into a chronic condition in adulthood.

It is also a common and costly condition. Nearly four million people in Australia suffer from low back pain at any one time, and the total cost of treatment exceeds $1 billion a year.

Leading international back pain specialist and twin researcher, Professor Jan Hartvigsen, visited Sydney recently for the launch of NSW's first twin research hub (see story here) and to share the findings from his team at the Centre for Muscle and Joint Health, University of Southern Denmark.

In twin studies, his group found that back pain is already common among adolescents and its occurrence increases steeply during the teenage years. He also found this early occurrence of neck and back pain has a strong underlying heritable component.

"Twins with back pain early in life, from around 12 years of age, have a four-fold increased risk of also reporting back pain when they are 30-years-old. It is also very common for twins with back and neck pain to take time off work already in their twenties. This means prevention and early effective treatment is very important if we are to prevent disability increasing into adulthood," he said.

"Our twin studies suggest there is a real window of opportunity in the teenage years to make a difference and reduce the widespread and often long-term suffering caused by back pain."

To prevent early neck and back pain problems, he recommends community and school based initiatives to promote physical activity among children and adolescents. Children and parents should be aware that it is OK to be active in spite of some back pain. "The back is strong and built to move and support the body in spite of occasional aches and pains," he said.

Professor Hartvigsen said back pain is a global problem and he is collaborating with Australian researchers into this condition. Two local studies are currently seeking twin participants - the Australian Back Pain Study, and the Sleep Trial Study: Low Back Pain. Twins interested in joining can learn more here.

Photo: Professor Hartvigsen - second from right - with other twin researchers at the Sydney launch