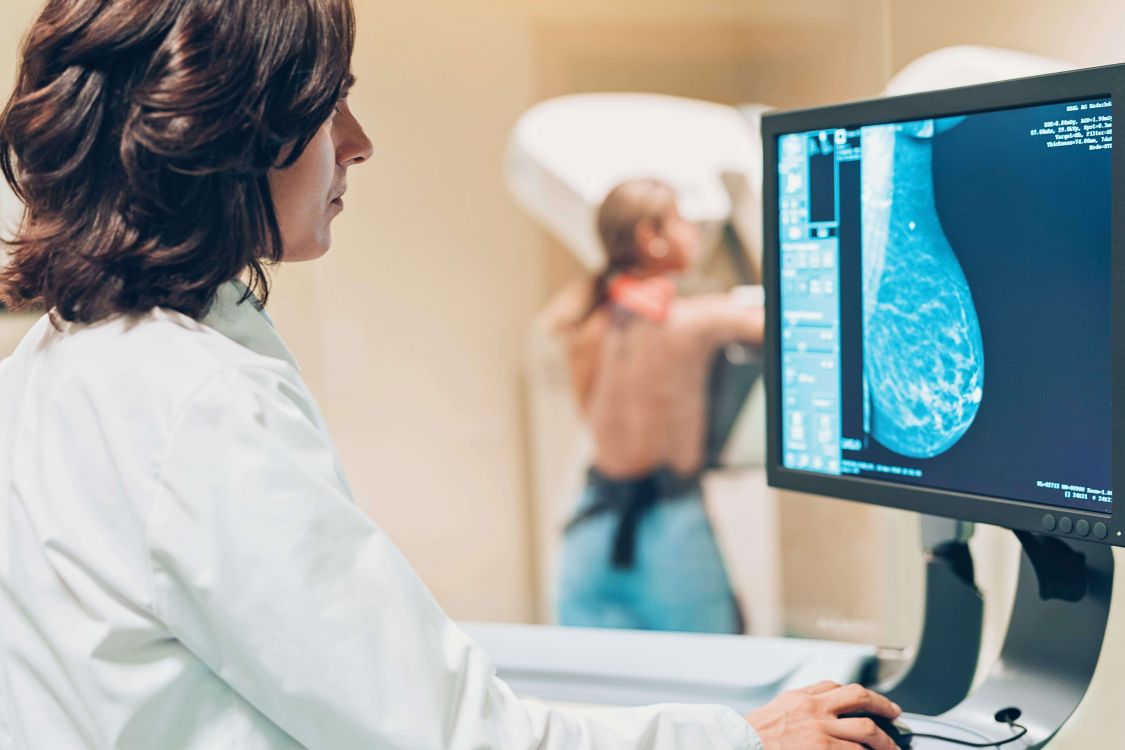 TRA researchers and twin members have contributed to landmark research into world-first techniques for predicting breast cancer risk from mammograms. These could revolutionise breast screening by allowing it to be tailored to women at minimal extra cost.

Published in the International Journal of Cancer, the University of Melbourne-led study found two new mammogram-based measures of risk. When these measures are combined, they are more effective in stratifying women in terms of their risk of breast cancer than breast density and all the known genetic risk factors.

Researchers say if successfully adopted, their new measures could substantially improve screening, make it more effective in reducing mortality and less stressful for women, and therefore encourage more to be screened. They could also help address the problem of dense breasts.

Since the late 1970s, scientists have known that women with denser breasts, which shows up on a mammogram as having more white or bright regions, are more likely to be diagnosed with breast cancer and to have it missed at screening.

Collaborating with Cancer Council Victoria and BreastScreen Victoria, University of Melbourne researchers were the first to study other ways of investigating breast cancer risk using mammograms.

Using computer programs to analyse mammogram images of large numbers of women with and without breast cancer, they found two new measures for extracting risk information. Cirrocumulus is based on the image’s brightest areas and Cirrus on its texture.

First, they used a semi-automated computer method to measure density at the usual, and successively higher levels of brightness to create Cirrocumulus. They then used artificial intelligence (AI) and high-speed computing to learn about new aspects of the texture (not brightness) of a mammogram that predict breast cancer risk and created Cirrus.

When their new Cirrocumulus and Cirrus measures were combined, they substantially improved risk prediction beyond that of all other known risk factors.

Lead researcher and University of Melbourne Professor John Hopper said that in terms of understanding how much women differ in their risks of breast cancer, these developments could be the most significant since the breast cancer genes BRCA1 and BRCA2 were discovered 25 years ago.

“These measures could revolutionise mammographic screening at little extra cost, as they simply use computer programs,” Professor Hopper said. “The new measures could also be combined with other risk factors collected at screening, such as family history and lifestyle factors, to provide an even stronger and holistic picture of a woman’s risk.

“Tailored screening – not ‘one size fits all’ – could then be based on accurately identifying women at high, as well as low, risk so that their screening can be personalised. Given mammography is now digital, and our measures are now computerised, women could be assessed for their risk at the time of screening – automatically – and given recommendations for their future screening based on their personal risk, not just their age.”

Professor Hopper said this information could be used to ease pressure on BreastScreen, which had to close for a period during the COVID-19 pandemic and is looking for ways to best handle the backlog while continuing to provide a valuable service with limited resources.

He said the current breakthrough could not have occurred without the extraordinary support his mammogram research had received from the National Breast Cancer Foundation, starting with its first funding round more than 20 years ago.

“Only around 55 per cent of Australian women aged 50-74 currently present for screening aimed at detecting breast cancers early,” he said. “Knowing that screening could also give an accurate risk prediction could encourage more women to take up the offer of free screening. Women with high risk based on their mammogram would also benefit greatly from also knowing their genetic risk.”

The study involved participants from the Melbourne Collaborative Cohort Study run by Cancer Council Victoria as well as the Australian Breast Cancer Family Study and TRA's long-running Australian Twins and Sisters Breast Density Study run from the University of Melbourne.

Participating women filled out a questionnaire and allowed researchers to access their mammograms from BreastScreen, with other providers or their own copies.

This work was conducted by Dr Kevin Nguyen at the University of Melbourne, whose ground-breaking PhD uncovered the Cirrocumulus measure, and is a continuing collaboration with researchers from Seoul National University in South Korea.

Available here are the original media article from the University of Melbourne and an explainer story from the university's Pursuit channel.

From the study: What's new

Mammographic density, or the area of the mammogram which appears white or bright, has well-established associations with breast cancer risk. The authors call this Cumulus due to the computer-assisted technique for measuring that density. Here, the authors introduce two novel measurement techniques, Cirrus and Cirrocumulus, for extracting risk information from mammograms. Cirrocumulus is based on image brightness and Cirrus is based on texture. When combined, these measures substantially improve risk prediction beyond that of Cumulus. In addition, the new risk measures outperformed the recently published polygenic risk score. By obtaining more information from mammograms, these tools could improve personalised risk recommendations for screening. 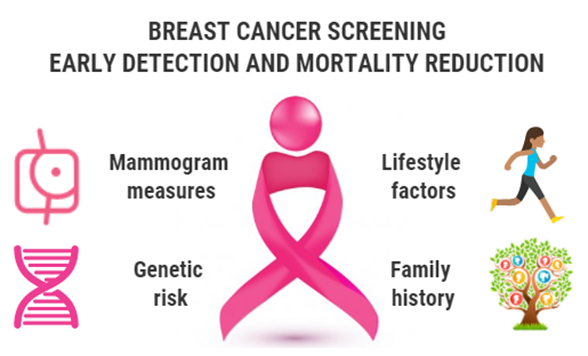