SBS-TV insight: the challenges of parenting quads and quins 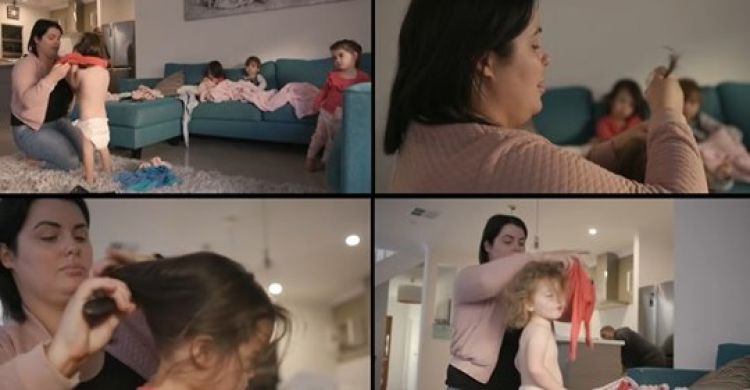 They're often heralded as 'miracle babies' that get heaped with attention and adoration - but what is parenting quadruplets and quintuplets really like. SBS-TV's Insight program investigates.

Higher-order multiple births (births of three or more) are leaving parents with probable anxiety disorders and put them at a greater risk of divorce - a 17 per cent higher rate evidence shows.

The number of multiple-birth pregnancies has remained relatively stable in Australia since the IVF boom of the late ‘90s, with an average of 70 sets of multiples born each year since 2010.

But for the parents who do give life to 'sets', the impacts of birthing so many children at once takes a toll on parents; with post-natal depression 43 per cent more likely and most parents suffering severe physical and psychological exhaustion.

“There are family breakdowns, parents are more likely to split up,” she says.

While most families experience some difficulty juggling parenting duties with the rest of their life, it's only heightened in families of multiple-births.

“Having multiples doesn’t help; the parenting logistics, the expectations of each other, challenging different gender roles – it brings up a lot of issues that just can’t be swept under the carpet.”

Western Australia mum Kim Tucci gave birth to quintuplets in January 2016, but the pressure of raising five children, on top of the three they already had, pushed her and husband Vaughn apart.

Both parents were victims of postnatal depression following the birth, their free-time, couple-time and communication sapped by raising eight children. Kim said the bonding process with her quintuplets and the logistics have been difficult, leaving the couple like “two ships passing in the night”.

“I’ve seen psychiatrists, psychologists. I try self-love, even though that doesn’t happen very often,” she says. “There’s always someone that needs something in the house and that in itself can be really, really tiring.

“I just have to keep going, just keep pushing along, I can’t stop because if I stop, then everything falls apart.”

After five years of marriage and eight kids, Kim and Vaughn officially decided to separate in July 2019, but will continue to raise their kids as a team, with Vaughn visiting up to four times a week.