A twin study that's out of this world 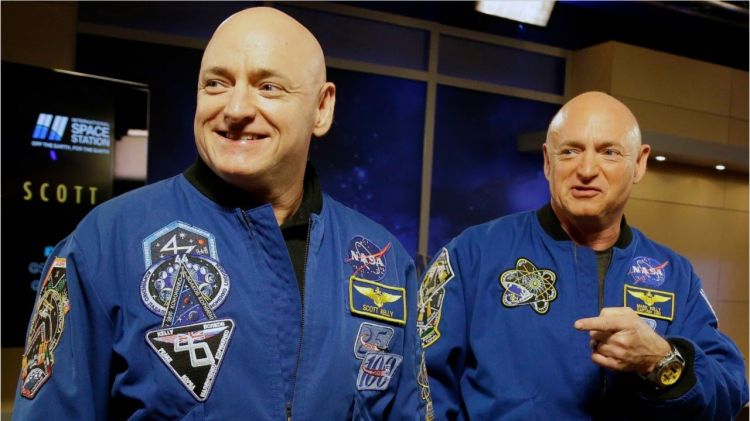 NASA has taken twin research to new heights – conducting an historical study of identical twins where one brother stayed on Earth while the other spent a year in space.

Americans Mark and Scott Kelly are a rare breed – the only identical twins in the world who are both astronauts.

NASA used this opportunity to study the brothers to see if long-term space travel had any detrimental effects on the human body, a critical preparation for an eventual and much longer voyage to the planet Mars.

While Scott lived for 12 months aboard the International Space Station, he was closely monitored by teams of scientists in the USA with blood samples sent back to Earth by rocket. At the same time Earth-bound Mark underwent similar monitoring and testing – and the twins’ results compared to determine what, if any, changes were happening to Scott.

NASA recently published the preliminary results of its twin study - so what does a year in space do to you?

According to NASA, “human health can be mostly sustained” and “the human body remains robust and resilient even after spending a year in space”.

Changes did occur to Scott’s body but most were temporary – though some have been maintained upon his return to Earth.

A key finding of the study was that the molecules at the end of Scott’s DNA segments, called telomeres, got longer during his time in space. Telomeres protect the DNA from being damaged and their shortening is associated with ageing, cancer and a higher risk of death. Scott’s average telomere length returned to normal within six months of his return to Earth.

Another major finding was that Scott’s immune system responded appropriately to flu vaccinations administered in space working exactly as they do on Earth.

Scott experienced an increase in changes in the expression of many genes. While most returned to normal within six months of his return, a small percentage relating to the immune system and DNA repair did not. This finding will assist researchers to identify key genes for monitoring astronaut health in future flights.

The infographic below sums up what NASA found and why it's important.

Also don’t miss the fantastic videos, fun facts and other shareables about the twins’ NASA experiences at www.nasa.gov/twins-study 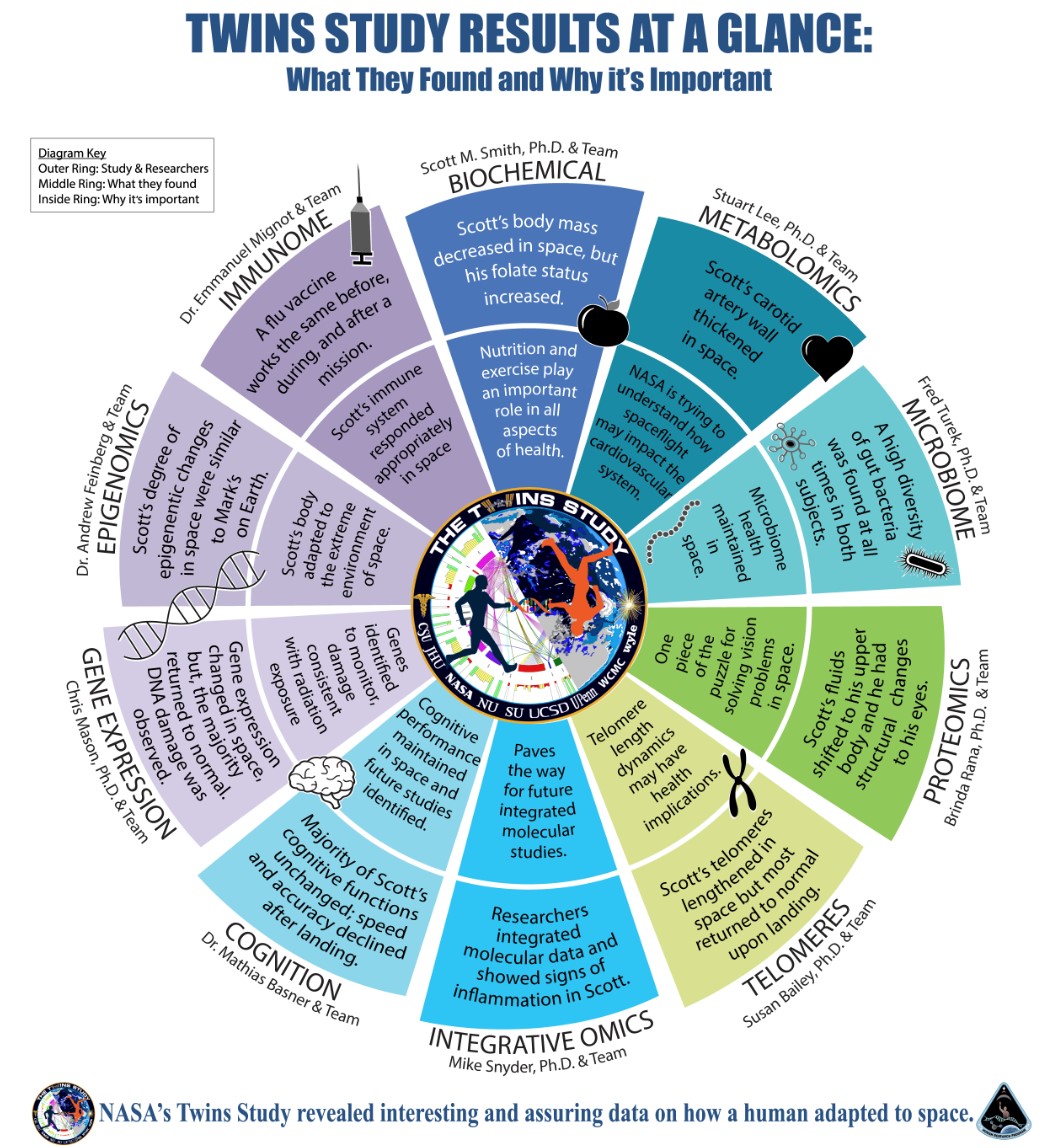