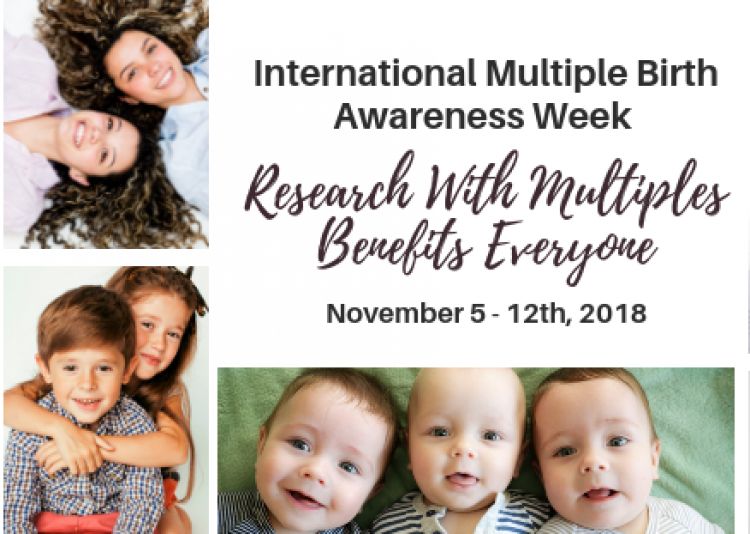 Each year thousands of volunteer twins and higher-order multiples around the world participate in research. What motivates them to join in? What does it involve?

While their experiences may differ, what these twins all have in common is a special bond, and a determination to use this to make a difference to other’s lives.

“My girls are different to the point that I sometimes feel like a fraud telling people they are identical,” says Melbourne mum, Susan Mann.

Susan explains her twins, Matisse and Eve now aged five, had very different health paths from the very beginning. They were born prematurely at 26 weeks and it was a miracle they survived. They remained in hospital for three and six months respectively.

“We participated in a number of studies during their time in the hospital’s neonatal intensive care unit,” says Susan, “and I became determined that other families and children should benefit from the new information that health professionals are learning each and every year.

“When one of the nurses at the unit told me about Twins Research Australia, I didn’t hesitate to make contact and register our interest in being involved in studies.”

Although they are identical twins, Matisse and Eve are very different in appearance and personality. Matisse is 6cm taller and heavier, for example, and has reached development milestones ahead of her twin. However, both twins have experienced speech and language delays. So when Susan heard about a twin research study at the Murdoch Children’s Research Institute that was trying to identify genes associated with speech disorders, she registered Matisse and Eve.

“I was keen to find out if there was a genetic link in the girls’ speech delay and if further testing would uncover any new therapy options,” Susan says.

Susan and David found the adult speech testing fascinating. They also appreciated the patience and understanding of the study researchers when relating to their young twins. She also enlisted her brother, who has fraternal twins, to participate in the study.

The family have received results of the speech and language testing for the girls and are waiting to hear about the genetic findings. They’ve also explored the girls’ vocal chord function with a specialist and discovered that they both have a paralysed vocal chord.

“Not only has the study helped us to better understand speech delay, but hopefully we’ve been able to help other families in a similar situation,” she says. “The researchers are hoping to learn more about what causes speech problems and to develop better treatments in the future – and it is great to be a part of that.”

Twins sweat it out for research

“We didn’t expect a research study to be so much fun, though to be honest it has been tough at times!” say Perth twins, Tom and Calum McMulkin.

The identical twins are currently participating in an exercise and training study at the University of Western Australia. Researchers are studying the effects of exercise in twins to better understand whether responses to exercise are inherited or not.

For the study, Tom and Calum, aged 28, are participating in two three-month periods of personal training and four health assessments over a 12-month period – all to assess how they respond to different types of exercise.

“The study required a fair commitment of time, but it looked like fun and certainly had its perks like free fitness training. So we thought, why not?” explains Tom.

“We also enjoy being twins and this was a great chance to do something together. We are very similar in most ways although our careers are completely different. I’m a restaurant manager and Calum is a chemistry researcher,” he says.

“It’s a very active study but we love it,” Tom says. “We do a mix of weight and exercise training with three session per week in the gym or outside running. The researchers are always there and guide you through every stage.

“They’ve created a fun atmosphere during the long weeks. Each week feels like catching up with friends because everyone is so helpful – the researchers, UWA student helpers and other twin participants.

“The only downside is the training can be tough at times – but in a good way,” laughs Tom. “If you don’t like sore muscles from exercising and getting sweaty, this isn’t the study for you!

“The study has made us more aware of good exercise habits and we’ll be taking advantage of this knowledge to maintain our improved fitness levels when the study is over.

“We’d encourage other twins to join up to studies like this,” Tom says. “We’ve met interesting people, including lots of other twins, made new friends, learnt new things about ourselves, while keeping up our health and fitness.

‘Our experience so far has been really positive, and it will actually be a little bit sad when we finish the study.”

There are over 40 centres of twins’ and multiples’ research globally. No matter where you are in the world, there is likely a multiples’ study happening near you today. Check if your country undertakes such research here

Your special bond shared through research really can make a world of difference!