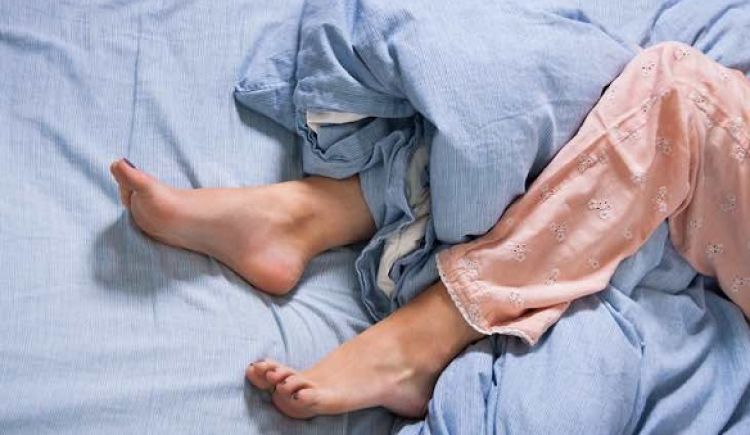 This major twins’ study is seeking to better understand the causes of restless legs syndrome and a similar condition, childhood growing pains. Dr Champion explains why these conditions should be of wide interest and how his team’s study is aiming to improve diagnosis and treatment.


Meet Dr Champion in this video where he explains what his research is hoping to uncover - and why twins without RLS are equally as important to his research as twins with the condition.

What is restless legs syndrome and who suffers from it?

Restless legs syndrome is a disorder of the nervous system characterised by creepy discomfort and sometimes pain in the legs at rest, especially in the evenings, and by a compelling urge to move the legs.

It is common, particularly in adults, more so in women. About 5-12% of adults and 2-5% of children and adolescents acquire the condition. More than 20% of women are affected in late pregnancy. It is more common in people with chronic pain disorders, especially spinal disorders, and with kidney failure, Parkinson`s disease and several other conditions.

What is your research hoping to achieve?

A recent twin family study by researchers at Sydney Children`s Hospital with Twins Research Australia has shown that the painless and painful forms are fundamentally different and have different causes - one probably mainly caused by iron deficiency and the other mainly genetic.

These findings were determined in research with child and adolescent twins. The researchers now wish to confirm that the causes of the two forms, iron deficiency or genetic, are the same in adult twins and their families. This will help to identify more effective preventive measures, diagnosis and treatment for each form of the condition.

The study has attracted global interest. Sydney Children’s Hospital has been joined by four foremost international authorities on restless legs syndrome, and Twins Research Australia, as co-investigators on the study.

The researchers are also interested in the relationship between restless legs syndrome and the most prevalent primary (spontaneously occurring) pain disorder of childhood, growing pains.

Both restless legs syndrome and growing pains are considered to involve disordered function in the central nervous system; both are characterised by symptoms mainly in the legs, especially at rest in the evenings.

Researchers are investigating if they are variants of the same condition, or whether diagnoses are failing adequately to discriminate between the conditions. Our research with  paediatric twins and their families has made some findings, and we are seeking to confirm if these are the same for adult twins and their families. We’ll share our findings after our analyses of the present study.

You can participate in this study if you are a twin aged between 30 and 55 years of age (with or without children). This includes twins and their families who have no history or experience of restless legs syndrome or growing pains. Their participation as “control” or comparison families is critical to make this project scientifically valid.

This study is no longer taking participants.