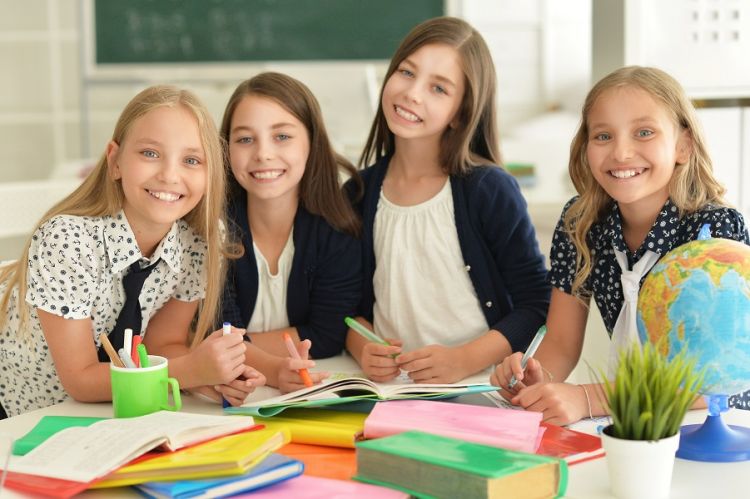 Twins at school: together or separate?

Submitted by Professor Brian Byrne, School of Psychology, The University of New England

Multiple-birth parents say it is one of most difficult decisions that they face: whether to separate or keep their twins together at school. Professor Brian Byrne investigates the many factors in a parent’s decision and seeks to answer the central question: will my twins prosper more when they are together or apart?

When twins and higher multiples start school, most parents are faced with the question of whether to keep them together in the same class or to separate them.

The decision usually rests with parents because most school systems typically do not have a policy one way or the other. Individual school staff may have their own opinions about the wisdom (or not) of separating twins, but most also value and respect parents’ wishes. The twins themselves can also have input into the decision, increasingly so as they progress through school.

In data we have collected from two studies of school achievement in twins, we see that in the first year of formal schooling (termed kindergarten in some Australian states), about two-thirds of twin pairs are in the same class. By Year 1 it’s about 50/50 together/separate, in Years 2 and 3 the ratio is about 40/60 together/separate. By Year 5, only about half as many pairs are together as separate (33/66). In high school the picture gets more complex as twins begin to select different subjects, and some are placed in advanced classes.

Overall, there is a slight tendency to keep identical twin pairs together more often than fraternal pairs. None of these statistics are meant as a guide for parents and school staff; the needs of individual pairs are paramount, and that is where individual judgement comes to the fore.

Can research into twins’ academic development assist with the decisions about whether to separate or keep together? Parents of course consider many factors in their decision and here we focus on just one of those: whether there are any known overall academic consequences of keeping the children together versus separating them. That is, on average, do multiples prosper more when they are together or apart?

In the early stages of schooling, that concern largely revolves around literacy and numeracy because (a) they are the primary academic subjects introduced early on, and (b) they form the foundation for almost everything else that children learn in school.

The short answer to this question is ‘no’. On average, there are no reliably detectable effects of twin separation or non-separation on literacy and numeracy as the children progress through school.

In a combined Australian-US study of early literacy, spanning preschool to Year 2, we did find a very small advantage in kindergarten reading for twins kept together, but it turned out that those twins already had slightly more advanced preliteracy levels (alphabet knowledge, for example) already in preschool. The effect of separation or not disappeared when those pre-existing levels were taken into account. Besides, by Year 2 there were no detectable effects at all of separation (or not) on reading and spelling. A Dutch study showed a somewhat similar pattern: a tiny advantage in literacy and a slightly larger one for arithmetic for twins kept together at age 6 but none at age 12.

The largest study to date has just been published by a combined UK-Canadian group, with Australian input as well. In 11 measures of school achievement across ages ranging from 7 to 16, there were just 3 where there was a detectable advantage for twins kept together, and in each case the effect was limited to just one or two percent.

The authors also measured academic motivation and mental abilities more generally. They conclude that their results “show no sizeable average positive or negative effect of twins’ separation on achievement, cognitive ability and motivation.”

As we’ve said, there are many factors to consider when deciding on twin separation in school, and we know that parents, in consultation with school staff and other concerned individuals, think carefully about all of them. But in light of the results we have described, the effects of separation on academic development need not be among those factors to be considered. Of course, in individual families, parents may judge that their twins’ academic progress would be advanced, or hampered, by separation, and this judgement can change over time as schooling proceeds.

But overall, parents can be reassured that quality research, employing large numbers of twins, finds no evidence of an effect on literacy and numeracy of keeping twins together versus separating them. Whether to separate or not is still a decision best made on other grounds.

If you have any comments or questions, please This email address is being protected from spambots. You need JavaScript enabled to view it.